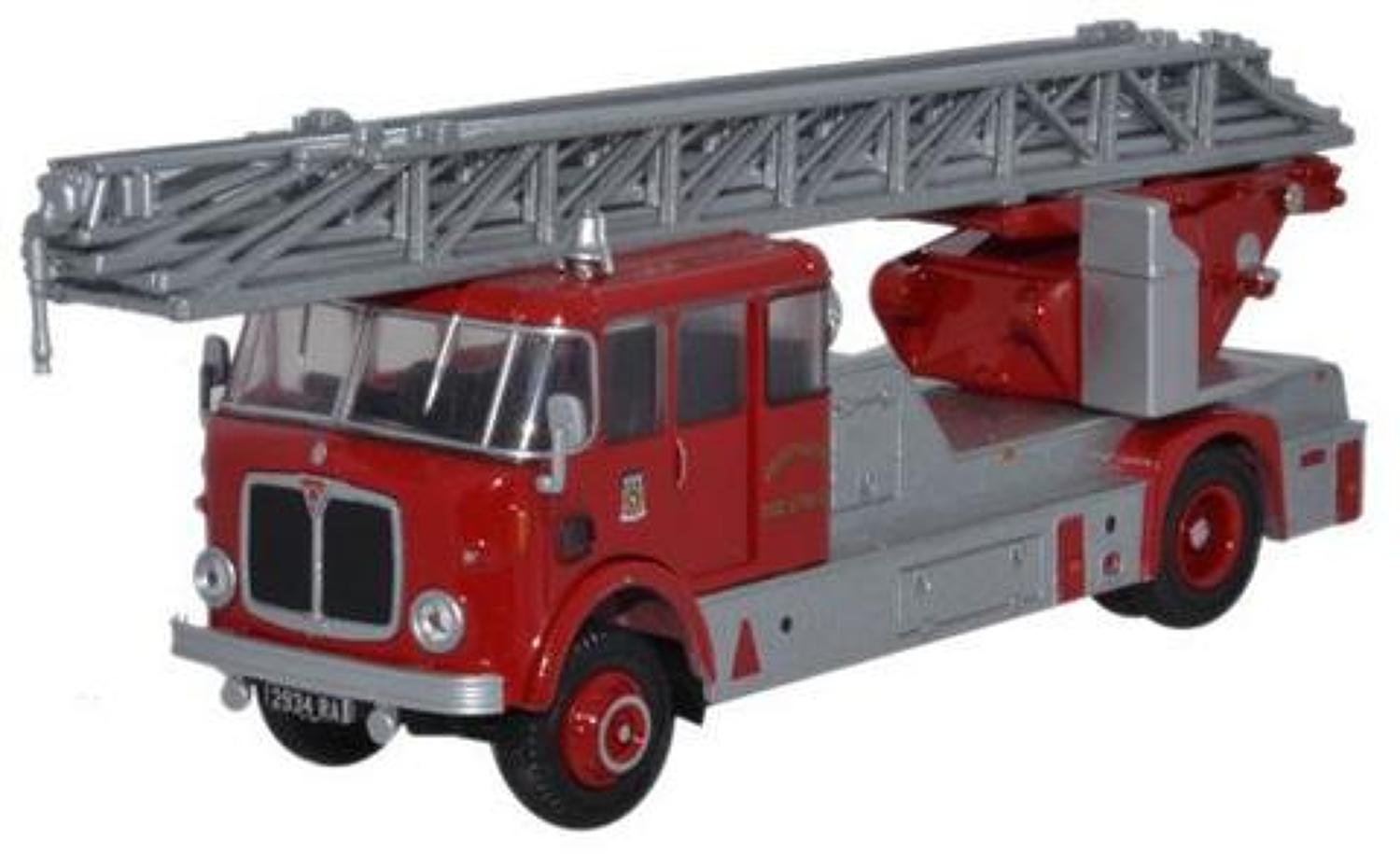 The AEC Mercury Turntable Ladder dates from the 1950s and 1960s and nearly 200 were built from its original launch in 1957 to the end of production in the late 1960s, with over half being supplied with Merryweather 100 ft ladders.
Registered 2934 RA, AEC Mercury was used by Derbyshire Fire Services, whose colourful and detailed crest features on the cab doors. A similarly detailed Merryweather marque also appears on the radiator grille. Decorated with red cab, ladder holders and wheels, the rear body, ladders and control box are contrasting silver grey. The black interior seating and steering wheel are black. The extensive 'aluminium' ladder extends along the length of the apparatus and beyond the cab at the front. Additional detail includes silver spotlights and bumpers, with searchlights and bells given a chrome finish.