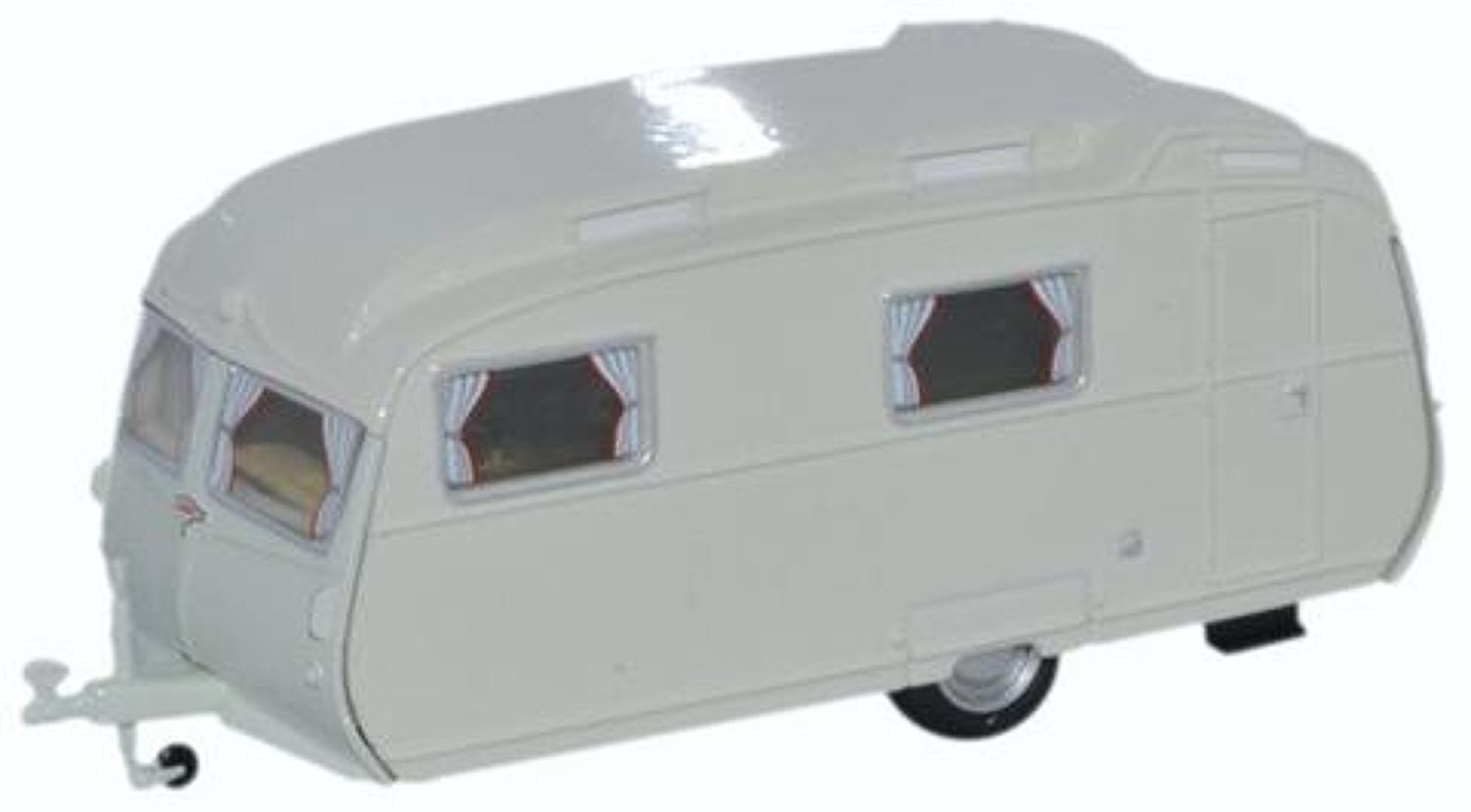 Straight from the 1950s, this model of the Carlight ‘Continental’ Caravan smacks of nostalgia and conjures up happy holidays enjoyed by families in the early post-war era before the days of overseas package holidays. The company was family-owned throughout its existence, commencing in 1932 right through to 2002 and operated from Sleaford in Lincolnshire throughout this period.  The concept was started by camping enthusiast and Lincolnshire auctioneer Robert Earl who built a trailer tent for himself and then asked a local wheelwright to build him a lightweight caravan. There was so much interest that he decided to turn to manufacturing. The rest, as they say, is history.  The Carlight Continental became known as the Rolls-Royce of caravans and it was boasted that if you had owned one of these, you would never have anything else!

This OO Gauge 1:76 scale miniature is decorated in pale grey with ivory interior and looks very light and airy with the large side and front windows, which even feature brightly printed curtains. The Carlight logo adds a final touch centred below the front windows above the jockey wheel.