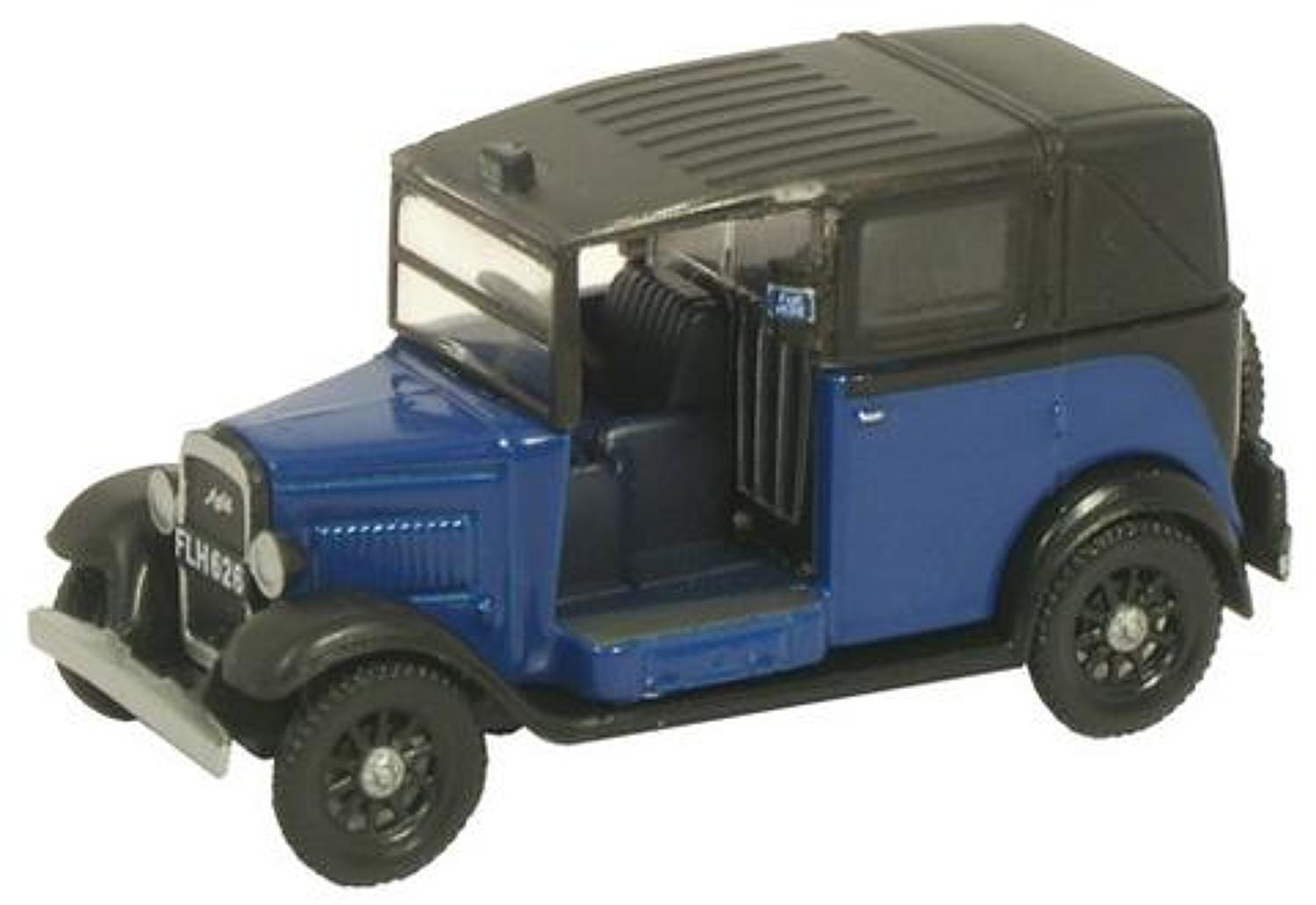 Austin has been synonymous with taxis since the end of the 1920's, when dealers Mann and Overton sponsored a new Austin cab for London. This LL or Low Loader first appeared in 1934 and became an instant success, due mainly to a very attractive price, as well as being very reliable. Taxi fleets often had their own paint scheme, so the Austin LL taxi-cab appeared in several colours and this OO Gauge Oxford Diecast version is in Blue.