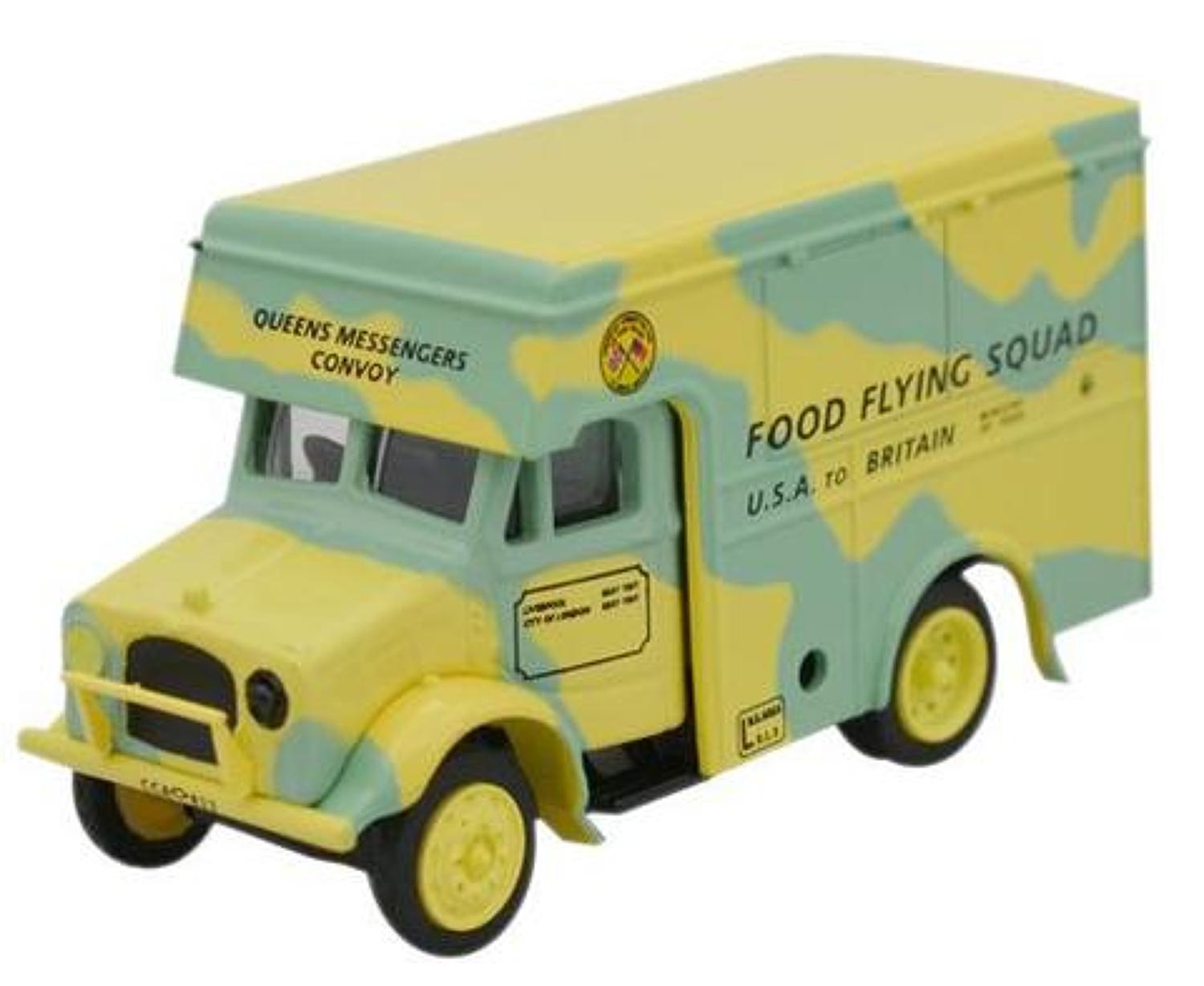 Based on the military version of the Bedford 'O', which the vehicle manufacturer designated either OY (long wheel base) or OX (short wheel base) and to be used for a wide range of tasks during WWII, including mobile canteens, tankers and general-purpose lorries.
This 1:76 Oxford Diecast short wheelbase Bedford OX is liveried in a pale blue/pale cream 'camouflage' colour scheme as used as a canteen van by the Food Flying Squad, USA to Britain, under the direction of the Ministry of Food. The roundel on the side says it all 'American Committee for Air Raid Relief to Great Britain' and features the two national flags. On the side doors, two badly bombed cities, which received this food aid, are cited as Liverpool 1941 and London 1941. Registered CCA 823, the lorry proudly carries the title Queen's Messengers Convoy above the front windscreen.