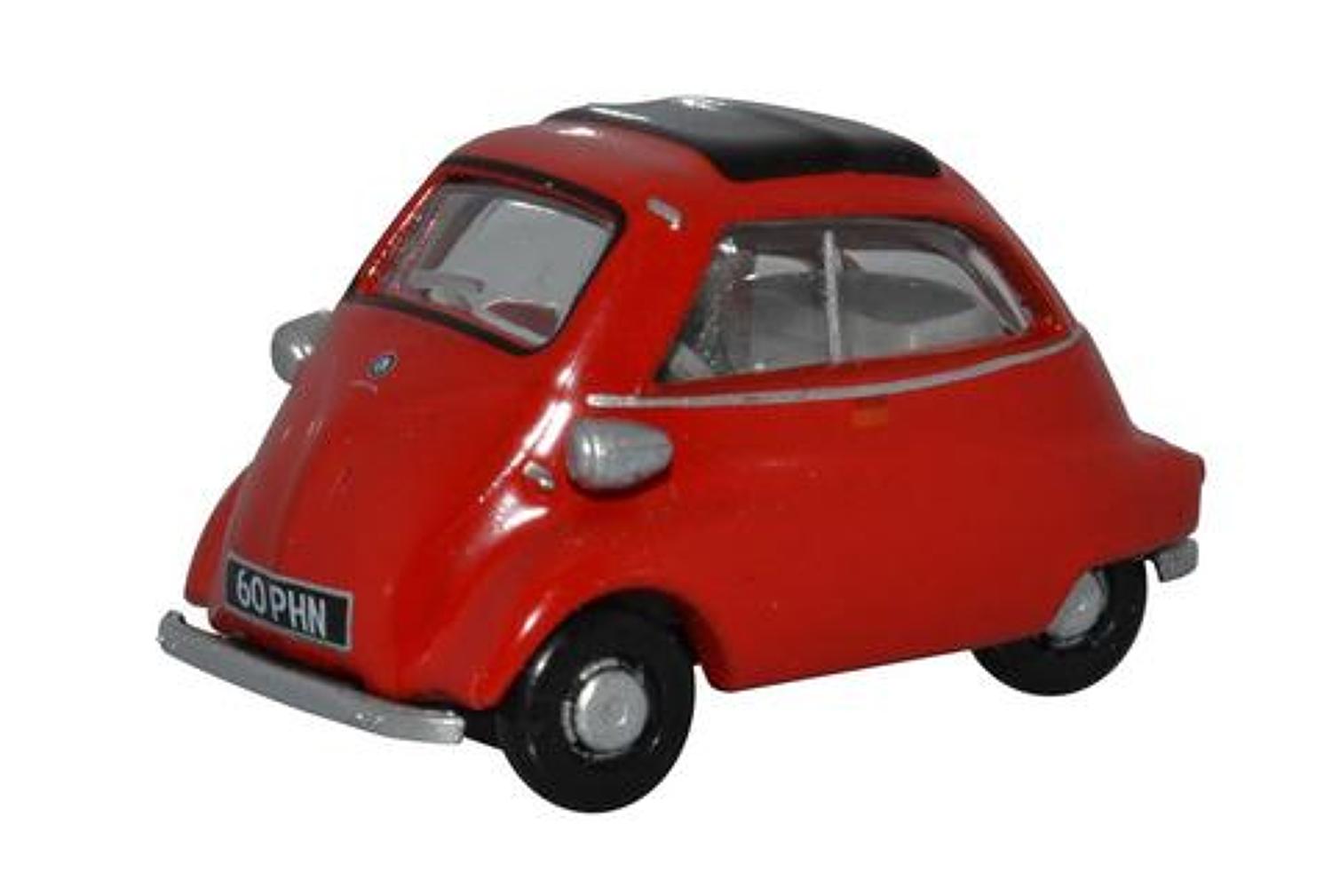 This Oxford Diecast 1:76 scale BMW Isetta is a replica of the German re-engineered car that started life in Italy where it had been designed and manufactured by Iso SpA in the early 1950s.  Such was the interest in the Isetta which was the first vehicle ever to achieve 94 mpg, that it was licensed in several countries, including Germany. At the time it was the world’s top selling single cylinder car.  It was in Germany that it earned the Bubble Car name because of it shape and bubble type windows.  The name became a generic term for similarly designed cars, some of which already feature in the Oxford range, namely the Heinkel and Messerschmitt.

To launch the new model, Oxford Diecast have chosen a vibrant red with contrasting grey interior.  Registered 60 PHN, it features the luxury of a sunroof replicated in black, cream wheels and a silver finish to headlights, exhaust pipes, bumpers and hub caps.