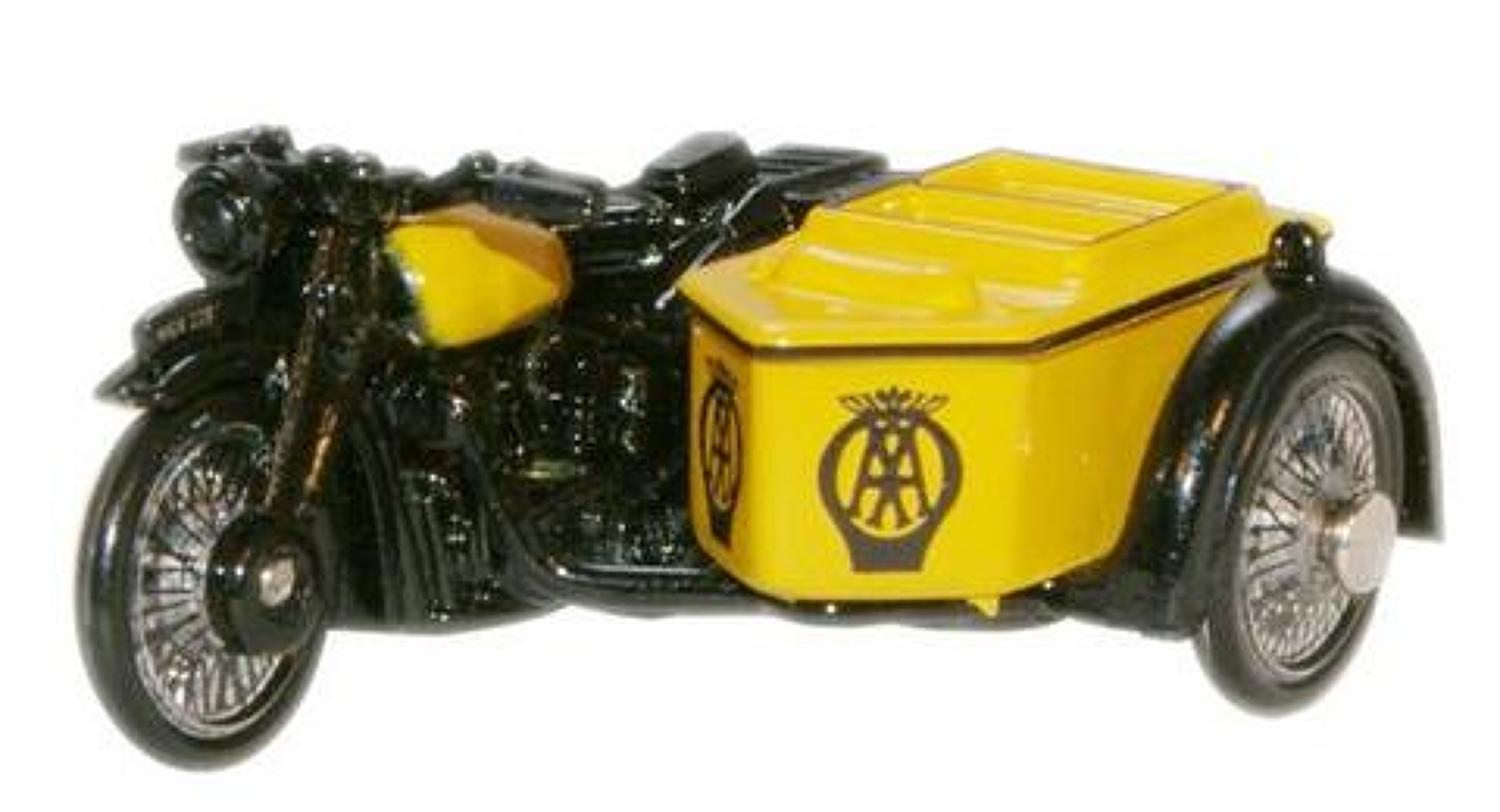 The AA was formed in 1905 famously meeting in the Trocadero Restaurant in London. Memberhip of the organisation grew rapidly and five years later they had patrols across the country. Intially the cycle scouts were employed at weekends to advise members of police traps ahead, but this soon changed as they began helping stranded motorists. In the late 1940's the introduction of two-way radio transformed the organisation as they were able to be contacted centrally to attend a members vehicle.
This motorcycle and sidecar was widely seen as a popular form of transport from the 1930s right through to the 1950s.
Used by commercial organisations as well as private bikers, the Automobile Association was a prime user, when the bike and sidecar were ridden by the AA patrolmen in their jodphur shaped trousers and high brown leather boots. AA members whose front radiators sported the AA badge, got a respectful salute from the patrolmen in those days too, as you drove by.
The familiar AA Golden Yellow and Black livery is faithfully reproduced on this model, registered HGV 228, including the AA insignia of the period. The bike at such a small size is highly detailed.