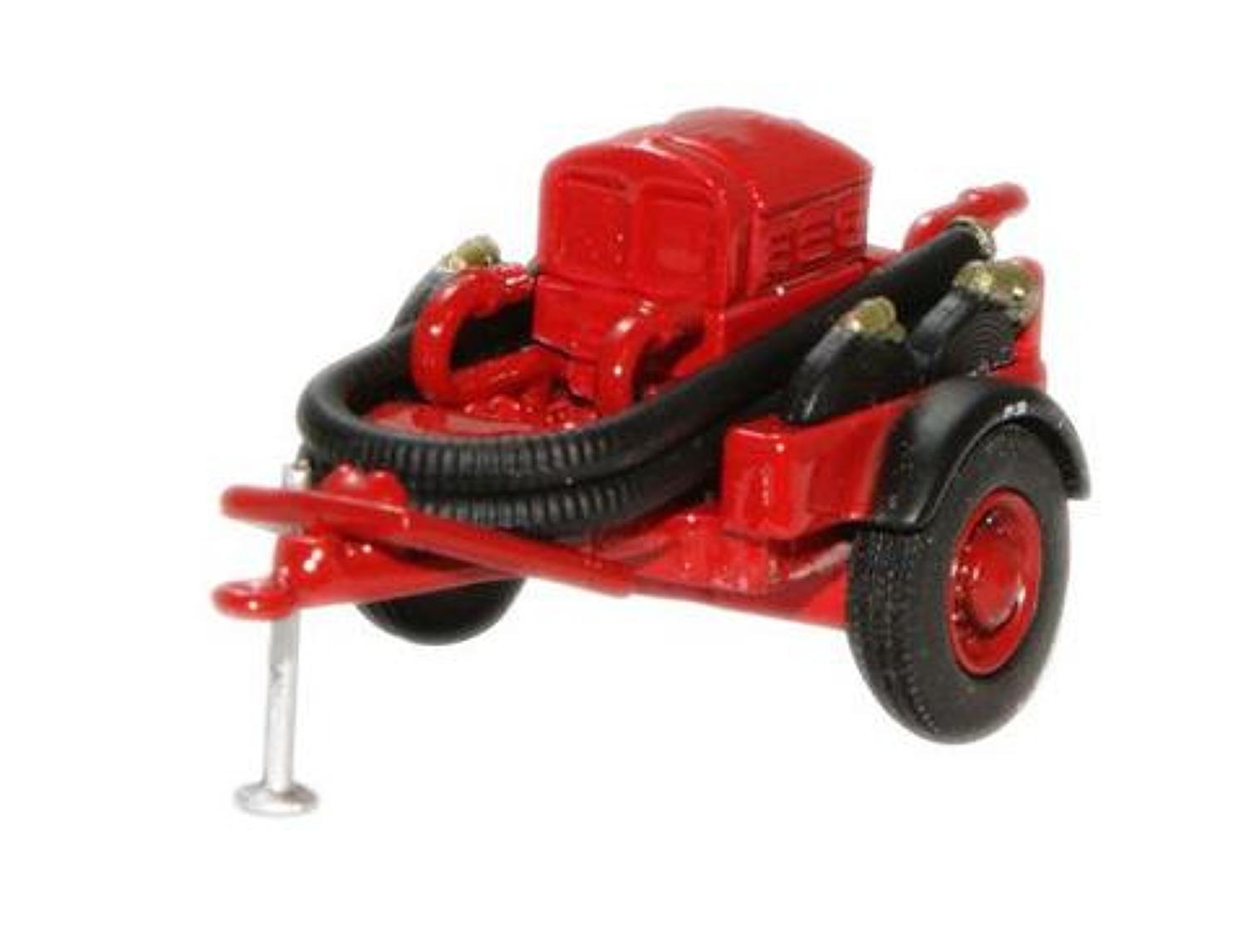 1:76 OO Gauge Oxford Diecast red Coventry Climax Pump Trailer. The Coventry Climax Pump Trailers, used ostensibly during WWII, were portable and were towed behind any suitable car or lorry fitted with a hitch. In this way, they were able to get to confined spaces that larger fire appliances could not reach. Many vehicles were especially fitted with a tow hook, so they could be called upon in an emergency to tow the pumps. The pump trailers proved a great asset to fire brigades, especially during the Blitz on many of Britain's cities. Even after the war, the pump trailers found their way onto farms and market gardens, where they were used for irrigation purposes.