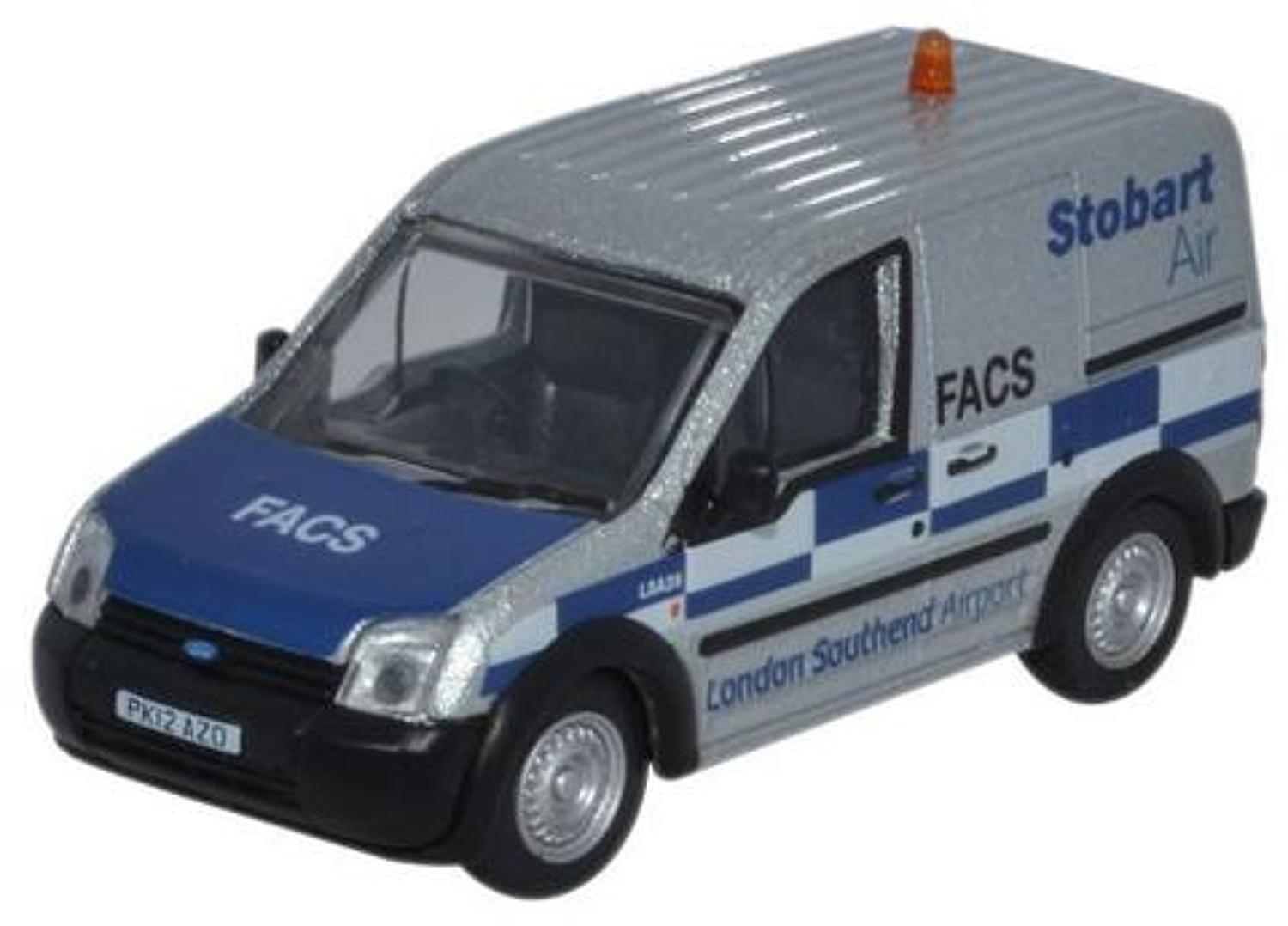 The Ford Motor Company boasts that every Transit is built for purpose and the smaller Ford Transit Connect is no exception with a large cargo capability lending itself to all sorts of commercial van users. Shaped by Ford kinetic design, the van has improved aerodynamics for greater fuel efficiency and high-tech lights for greater visibility. Component parts have also been designed for easy service and replacement.
The Eddie Stobart fleet goes from strength to strength in its expansion from road vehicles, then rail traffic and here we have a support vehicle for Stobart Air, which the company took over from the regional airline Aer Arann in Dublin and which operates numerous flights between Ireland, the UK and parts of Europe. Our highly decorative model in the shape of the very modern Ford Transit Connect is registered PK12 AZO. The bright blue graphics on a silver grey background show it as operating out of London Southend Airport. A central chequered band of blue and white runs the complete length of both sides and the blue and white colour scheme is repeated in a chevron effect across the back doors. The bonnet has been given solid blue finish.
Stobart Air operates from several small airports in the UK, so you may well see similar support vans in the vicinity of any of them. This 1:76 OO Gauge Oxford Diecast model also makes an unusual addition to your Eddie Stobart fleet of vehicles.