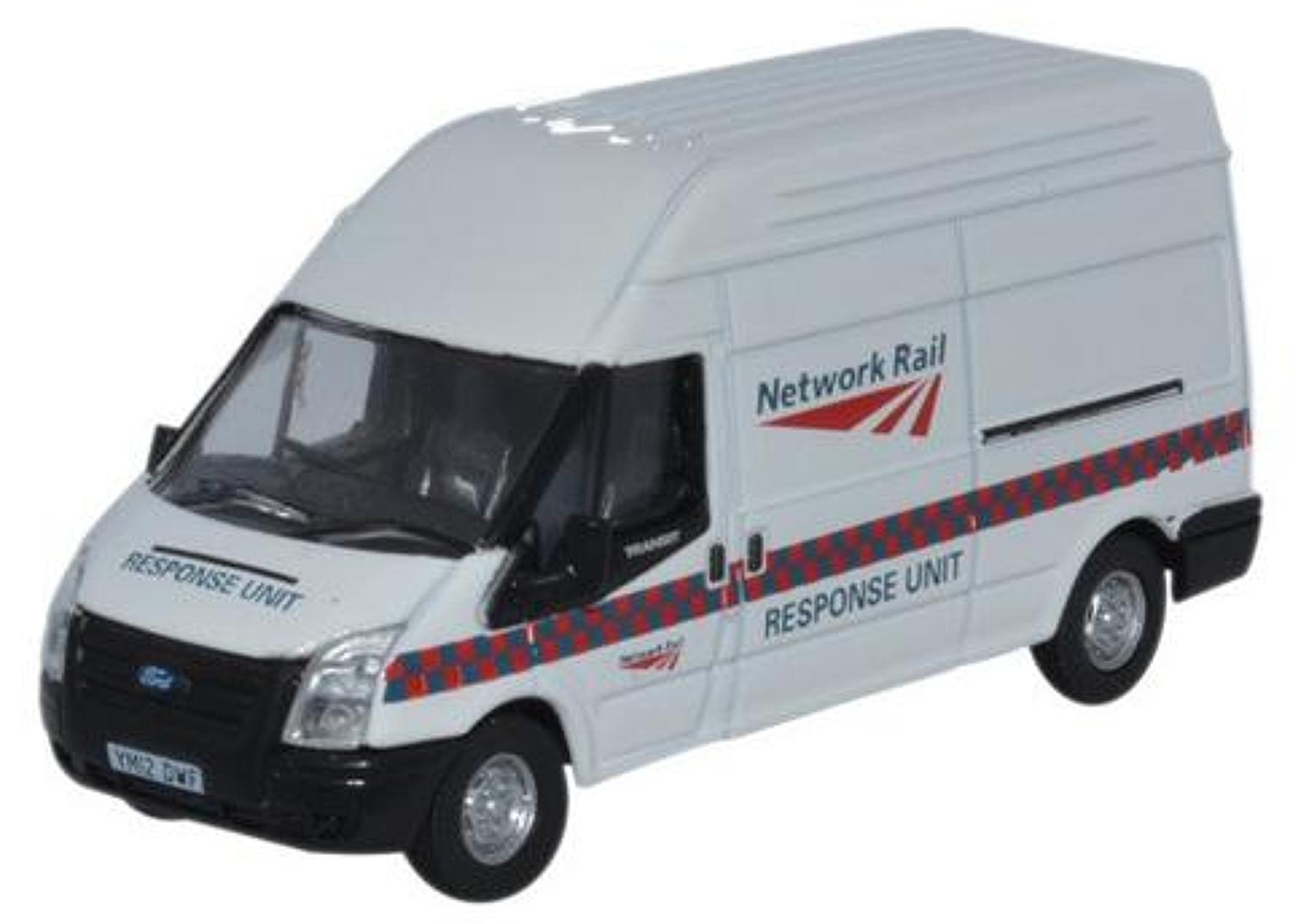 The up to date, fresh red, white and blue Network Rail livery features on several Oxford Diecast utility vehicles and is a great addition to a modern 00 gauge railway layout. The Ford Transit has just celebrated 50 years of manufacture during which time over six million have been produced, making it the best selling light commercial vehicle in Europe. The Transit has seen several facelifts during that time and at Oxford Diecast, they are keeping up with the trend!

This particular model is a long wheelbase Ford Transit with high roof option, as used by the Network Rail Response Unit, registered YM12 DWF. The white body with Network Rail graphics features a blue and red band running centrally along the sides. External and internal trim is finished in black; the side window is masked grey with black frame, while the high visibility red/yellow chevroned rear doors also carry the Response Unit decals.