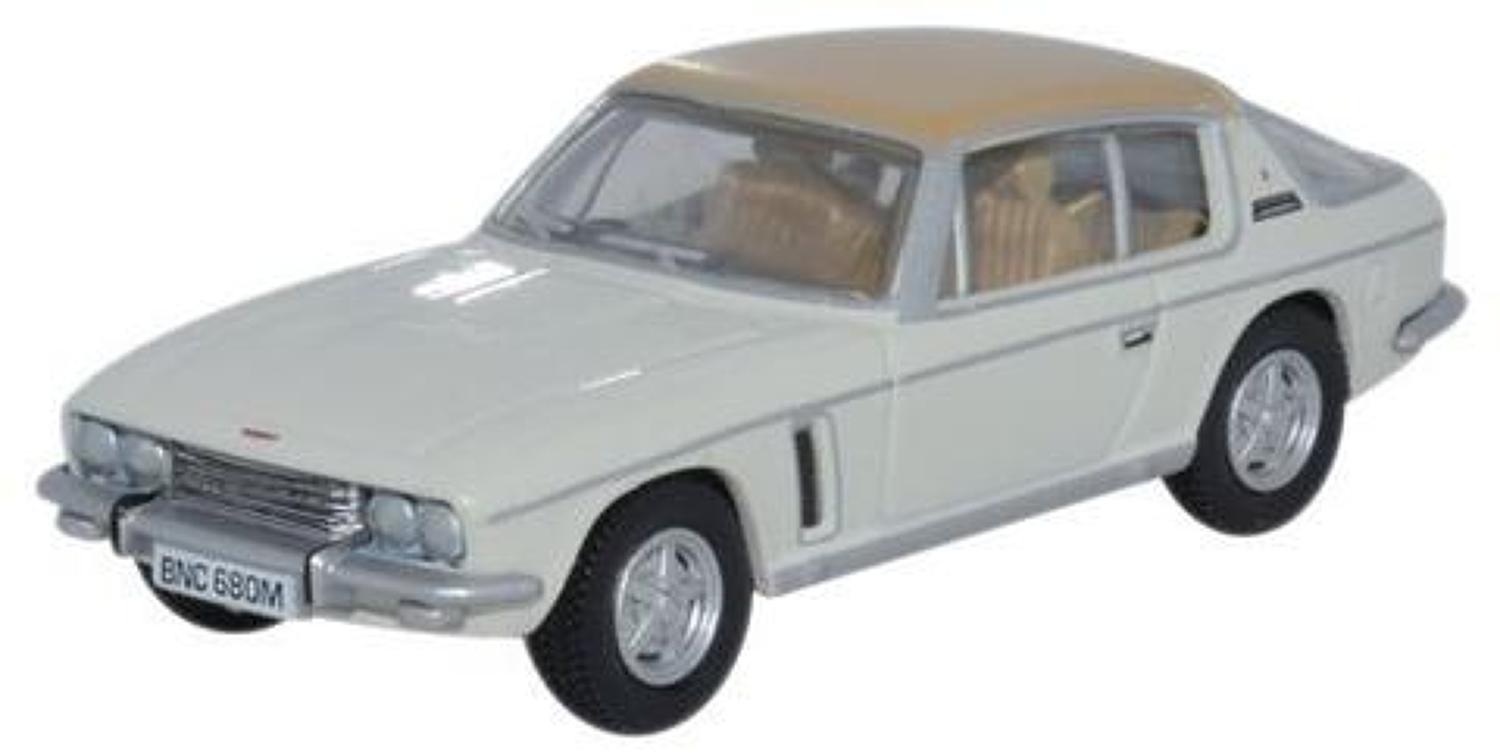 This Oxford Diecast Jenson Interceptor is based on the Mk III upgrade of the GT class car which was hand-built by Jensen Motors of West Bromwich and originally introduced in 1966. The Mk III version was launched in 1971 and featured revised front grille, headlamps and bumpers. When production ceased in 1976, just under 6,500 Jensens had been made over three body configurations. All had been 2-door four seaters with hatchback, convertible and coupé versions.

This latest 1:76 scale version, registered BNC 680M, features the same two-tone Old English White with Tan roof as its 1:43 scale counterpart with a tan interior. External detail extends to the vented bonnet, driver and passenger door mirrors and even the wheel centre badges are decorated in blue, just like the real thing.