This release on the Series II Long wheelbase Land Rover comes in a refreshing lemon yellow with a light olive canvas back, registered UCT 923. It is modelled on the Land Rover as used by JCB, the world-renowned UK family owned company which has become synonymous with construction, agricultural and demolition equipment. Its founder, Joseph Cyril Bamford launched the company back in 1945 and it is now the third largest of its type in the world. The initials JCB are so generic when describing construction and excavating machinery that they even appear in the Oxford English Dictionary.

On this 1:76 OO Gauge Oxford Diecast model, the JCB initials are printed in black on a white background on the Land Rover doors as well as on the nearside rear body. Special detailing sees the silver radiator masked black behind the grille. 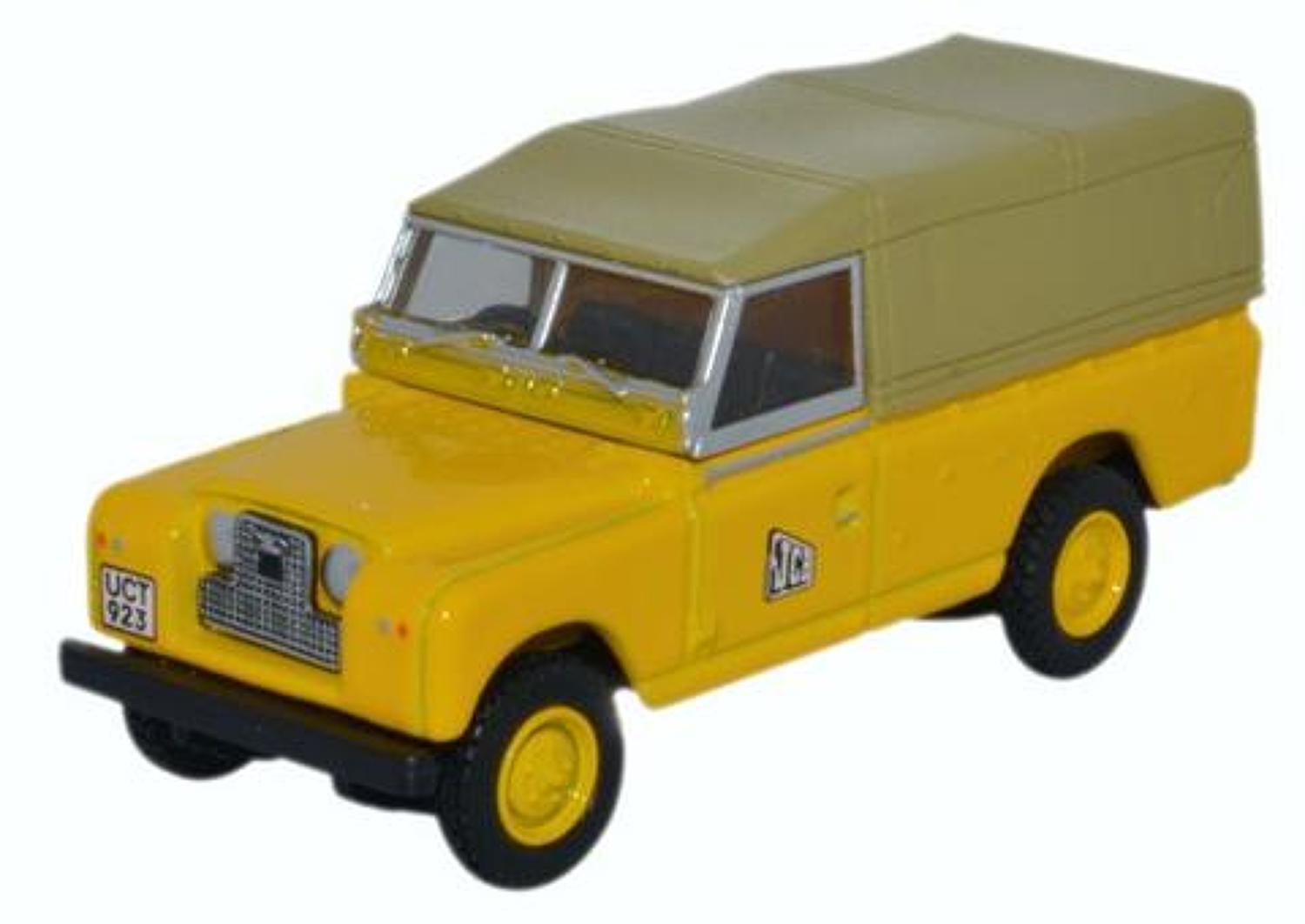