The second release on the Ford Sierra Sapphire RS. It stands to reason that this high performance car would have attracted use by the Police, so here it is in 1:76 scale miniature, as used by the Nottinghamshire Police, looking pretty high profile and efficient!  Registered J645 AVX from 1991/92, this Oxford Diecast model which is based on the four wheel drive version of the Sapphire introduced by Ford from 1990, is decorated in white with highly detailed Police graphics.  A yellow and black central band runs along the side with a blue and white chequered effect along the skirts.  The Force’s crest sits behind the back wheels against the white bodywork and the model is rounded off with a blue and white roof lightbar, fluorescent POLICE signage in red across the boot and blue Police markings on the front of the bonnet. 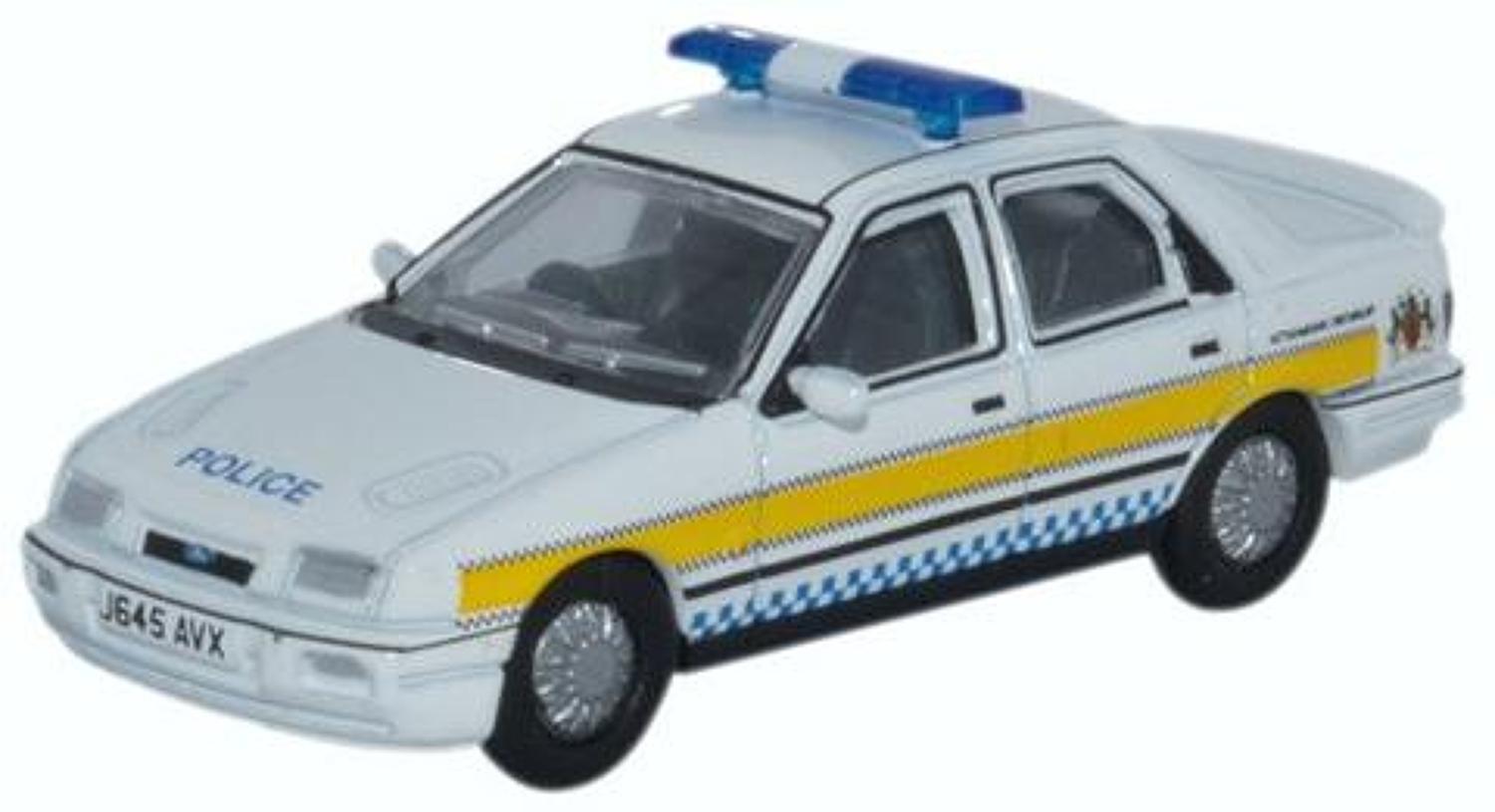